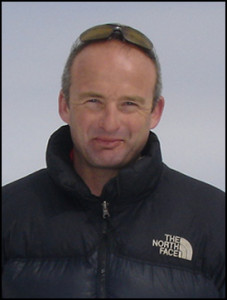 The Olympic Atlantic Row (OAR) expedition was led by two of Britain’s most distinguished ocean rowers, Roz Savage MBE and Andrew Morris, who aimed to cross the North Atlantic, from Newfoundland to the west coast of Britain, reaching London via the Thames in time for the start of the 2012 Olympic Games. Their attempt was called off on health & safety grounds after unusually large quantities of ice broke away from a Greenland glacier creating a minefield of icebergs deemed too treacherous for the voyage. Richard Mayon-White was Project Director of OAR (www.olympicatlanticrow.com)

Alec had a phenomenal impact on the OAR Project, bringing the full weight of his expertise to bear, and yielding a vast amount of media coverage in what seemed like no time at all! We received widespread coverage on both sides of the Atlantic, in all forms of media.

Alec also has the ability to both devise the overall strategy and to respond on a tactical basis as events unfold. It was a great pleasure to have him on the team.